Yesterday was the anniversary of my governor,  Rick Perry's entry into the presidential race. An embarrassment like this on a national stage, would hopefully fade in everyone's memory.  But much like his campaign he continues to demonstrate his stupidity on a regular basis, campaign or not.  Still, the "rise and fall" are worth a look.... 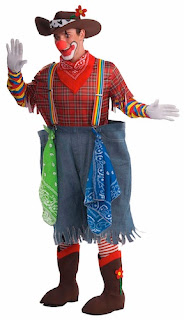 Posted by willis at 8:28 PM No comments:

Careful What You Ask For

A small neighbor north of the Republican bastion of Conroe, Texas is a little upset over the possibility of National Oilwell Varco’s proposed test well being drilled in their back yard.....


Claiming their dreams are irreparably dashed because of National Oilwell Varco’s proposed test well, the residents living on Northwood Drive in north Conroe vented their frustration to the City Council Thursday night.
Although NOV has cleared the 52-acre site adjacent to Northwood Drive, the council had a public hearing at City Hall on the company’s application for a drilling permit. NOV officials contend their well is only for research and development and will not conduct any hydraulic fracturing underground.

The residents were nevertheless skeptical regarding the the effect of the well on their home values.  I wonder how many of these type of bumper stickers exist in the area... 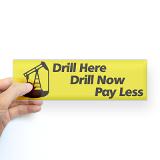 Posted by willis at 3:42 PM No comments:

Marvin Wilson was executed tonight at 6PM about 18 miles from willis.  Wilson was convicted of murder and in his trial in 1992 his defense didn't site the possibility of his retardation as it may have portrayed him as more dangerous and a better candidate for the death penalty.

Wilson has an IQ of 61which could mean he was mentally retarded and ineligible for the death penalty per a Supreme Court Ruling in 2002.  However, because his attorney missing a filing deadline, his appeal was denied and he was killed tonight.

Look, I've condensed all this beyond measure.  I'm pretty sure that Wilson committed the crime and was convicted back in 1992.  What bothers me is that in a state (Texas) that is predominantly "pro life" (forced sonograms, defunding "Planned Parenthood", etc,) why would one not overturn every stone to stop state sponsored killing of an individual who, at least, may be mentally retarded?

For willis, I will never be part of any jury that has a possibility of delivering a death penalty.  It's not so much that I don't think that the heinous acts of some don't deserve to be killed (or worse - how about forced Limbaugh/O'Rielly/Hannity via implants), and I'd like to be the dude that pulls the switch.  However, when any individual can be removed from death row or exonerated due to subsequent events it indicates the original process that established the penalty was invalid. The process to arrive at a death penalty isn't infallible and therefore a life sentence versus killing the wrong person, or a person in error is inexcusable for any state...

Posted by willis at 8:34 PM No comments:

Advise For My Congressman

Mr Brady,
If you ever find yourself in a quandary about the right thing to do, a good rule of thumb is often available from your colleague, Louie Gohmert (R...of course, TX1).....just do something other than what Louie does and you should be okay.  Louie stepping into the pool with Bachman should be enough evidence of the value of this theory....

Gohmert appeared on The Dennis Miller Show radio program Tuesday, where he said "it's obvious that [McCain] didn't even read the letter because of what he accused Michele and us of making these horrible allegations. There were five letters and there were many things that are stated that are facts in each letter, and I wish some of these numbnuts would go out and read the letter before they make these horrible allegations about the horrible accusations we're making."

My congressman is Kevin Brady (R...of course, TX8) and does enough dumb shit on his own.  Even though I doubt this will mean much to him, I'm just trying to be helpful.
Posted by willis at 6:59 PM 2 comments: 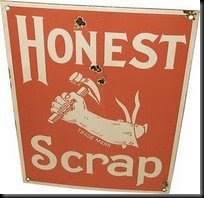